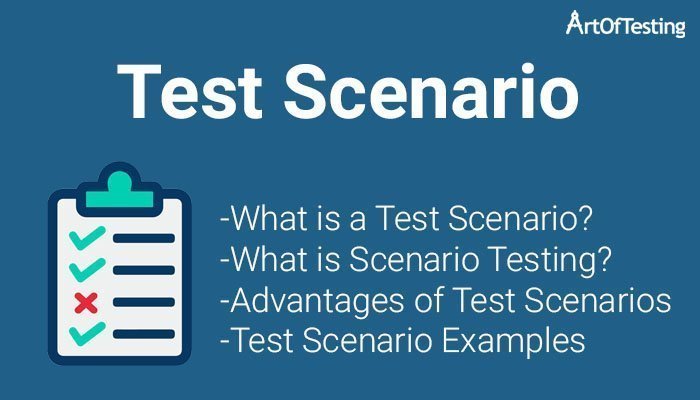 A scenario is a credible and coherent story about how someone can use an application.

What is a Test Scenario?

A Test Scenario is a statement describing the functionality of the application to be tested. It is used for end-to-end testing of a feature and is generally derived from the use cases.

As an example, consider a test scenario – “Verify that the user is not able to login with incorrect credentials”. Now, this test scenario can be further broken down into multiple test cases like-

Obviously, the test cases will have a well-defined format, explained in this post – Test case template.

What is Scenario Testing?

Some characteristics of scenario testing are-

A Test Scenario document can have the below fields-

You can also download the test case template in the XLS file format below.

Although there can be numerous scenarios for any given application, we have limited the scenarios to the most basic and generic functionalities.

I hope now you must have got a clear understanding of Test Scenarios. The example links given in this post will also help you understand scenario creation for different kinds of applications.