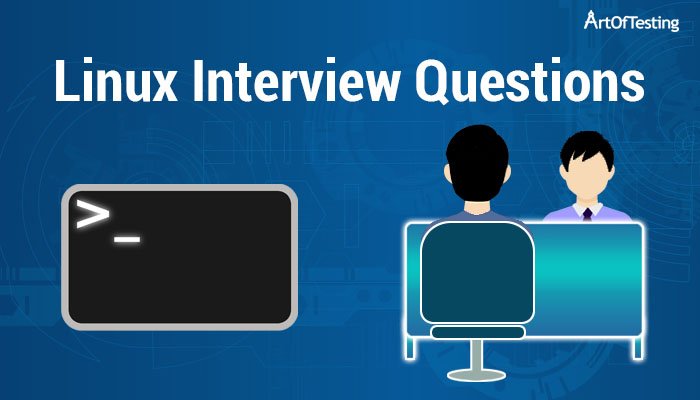 Ques.1. What is UNIX?
Ans. UNIX is a multi-user, multi-tasking computer operating system developed at Bell Laboratories by Ken Thompson and Dennis Ritchie. It is proprietary software with its code not available to the general public.
The different variants of UNIX are HP Unix, Solaris Unix, IBM AIX and BSD.

Ques.2. What is Linux?
Ans. Linux is an open-source UNIX like operating system developed from scratch by Linus Torvalds. Although Linux is actually a different operating system since it is inspired by UNIX, the commands and syntax of UNIX and Linux programs are mostly similar.
Some of the Linux distributions are Ubuntu, RedHat, Fedora, etc.

Ques.4. What is the difference between UNIX and Linux?
Ans.

Ques.5. What is a Linux Loader or LILO?
Ans. Linux loader or LILO is a boot loader for Linux that loads the operating system into memory. Nowadays, it is considered more of a legacy application superseded by GRUB(Grand Unified Boot loader) and GRUB2 bootloaders.

Ques.6. What is Shell?
Ans. A shell is a program that acts as an interface between the user and operating system, allowing the user to execute commands e.g. Bourne shell(sh), bash(Bourne Again Shell), etc.

Ques.7. What is a swap space? What are its advantages?
Ans. Swap space is a piece of hard-disk storage that is used when the system needs more memory but the RAM is full. In such cases, the inactive memory pages are moved to swap space to free RAM.

Ques.8. What is a process in Linux?
Ans. A process is an instance of a program under execution. In Linux, there are two kinds of processes-

Ques.11. What is the use of ‘ps’ command? How is it different from the top command?
Ans. Ps stands for Process Status. It gives information about the running processes.

Ques.12. What is a daemon?
Ans. Daemons are the processes that run in background either at a predefined time or in the event of a trigger. As a convention, daemon names in Linux end with the letter – ‘d’.

Ques.13. What is the use of man command?
Ans. The man command is used to know the usage of a command, config file or daemon using the man pages or user manual. Usage-

Ques.14. How to print the current working directory in Linux?
Ans. Pwd command is used to display the current directory (Print Working Directory)-

Alternatively, we can also use ‘-m’ or mode option of ‘mkdir’ command and perform the operation in single command-

Move to the parent directory or one level up-

Move to the previous directory-

Ques.18. What is a root directory?
Ans. Linux follows a hierarchical or tree-based file system. The root directory is the parent directory of the hierarchy that includes all the other directories. It is represented by a forward slash ‘/’.

Ques.22. What are the different file ownerships in Linux?
Ans. Each file and directory in Linux can have following 3 owners-

Ques.25. Explain the usage of ‘file’ utility.
Ans. The file utility is used to determine the file type of a file.

Ques.26. What is the purpose of the ‘touch’ command?
Ans. Touch command serves two purposes in Linux-

Ques.27. What is the difference between ‘cp’ and ‘mv’ command?
Ans. The ‘cp’ command is used to copy the content of one file to another. Whereas, ‘mv’ command moves a file from one location to another, deleting the source file. ‘mv’ command is also used for renaming files. Usage-

Ques.29. What is ‘sed’ in Linux?
Ans. Sed stands for Stream Editor. It is used to edit a file or input from a pipeline. Example-

Ques.31. What is ‘awk’?
Ans. AWK named after the initials of its authors “Aho, Weinberger, and Kernighan”, is an interpreted programming language for text processing. Usage-

Ques.32. How to count the number of words, lines, and characters in a file?
Ans. Using wc command (word count)-

Ques.33. How to combine the content of multiple files into a single file?
Ans. Using ‘cat’ and redirection-

Ques.34. What is the use of ‘tac’ command?
Ans. Tac command as the name suggests is the reverse of ‘cat’ command. It displays the content of the file in reverse order – line by line, displaying the last line first and moving up till the first line.

Ques.35. What is the difference between ‘more’ and ‘less’ command?
Ans. Both more and less commands are used for viewing large files page wise. Unlike any editor like vi, using these commands for opening a file does not load the whole file in memory. One limitation of more command is, we can only scroll down but not up. Whereas, using less command, we can scroll both upwards and downwards in a file.

Ques.38. What is the use of shred utility? How it is different from rm command?
Ans. Shred utility is used for deleting the content of a file in such a way that the content cannot be recovered using some data recovery tools/utilities. Whereas, when we delete a file using rm command, the space taken by the file is marked available for other files, hence there is a possibility to recover the content of the file. Thus, shred is better for deleting files with sensitive data.

Ques.39. What is the difference between find and locate command?
Ans. Both find and locate commands that are used for searching files on Linux. The ‘find’ command searches file in real-time and thus take a longer time to return the search result in case there are too many files to scan through. Whereas, ‘locate’ command is much faster than find as instead of real-time search it looks up in a database – updatedb. Since the updatedb takes a snapshot of the file system only once a day output of locate is not always accurate or updated.

Ques.42. What are the different file permissions or access modes in Linux?
Ans. Each file and directory in Linux can have following 3 permissions, represented by a three-digit octal number-

The ‘chgrp’ command is used to change the group ownership of a file.

Ques.48. How can we remove the duplicates in a file?
Ans. Using ‘uniq’ utility with ‘sort’ command.

Ques.50. What are the hard links in Linux? How it is different from a soft link?
Ans. Hard links are like another name for an existing file. Instead of pointing to a name(like a soft link), hard links point to the content of the file directly(point to inode – a table containing metadata about a file).

It is different from a soft link in the sense that in case the original files get deleted its symbolic link will not point to anything and thus lead to “No such file or directory” error. Whereas, the hard link will still point to the content of the original file even if the file gets deleted.