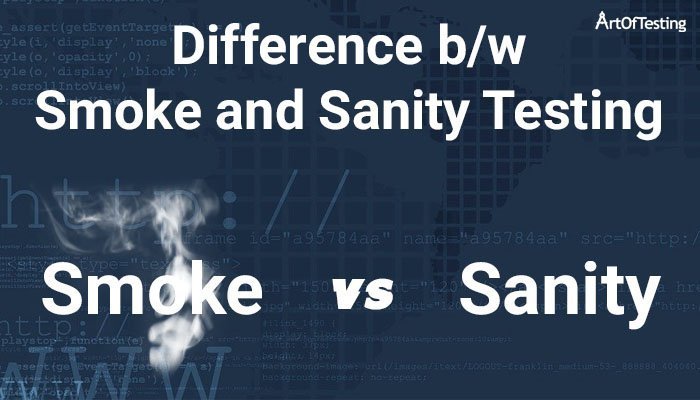 Smoke testing got its name from the testing practice of electrical appliances. In the past, the first thing to do while testing an electrical device was to plug it into a power outlet and see if it emits smoke or not.

This was considered to be a preliminary test. If there would be no smoke then it used to mean that the electrical circuits are not faulty and the further testing of the device can be carried out.

Sanity testing is a software testing technique in which a particular functionality of the application is verified instead of carrying out regression on the complete application.

That’s all we have in this article on smoke testing vs sanity testing. Please let us know in the comments if you have any questions. Also, check our software testing tutorial series here.

2 thoughts on “Difference between Smoke and Sanity Testing”