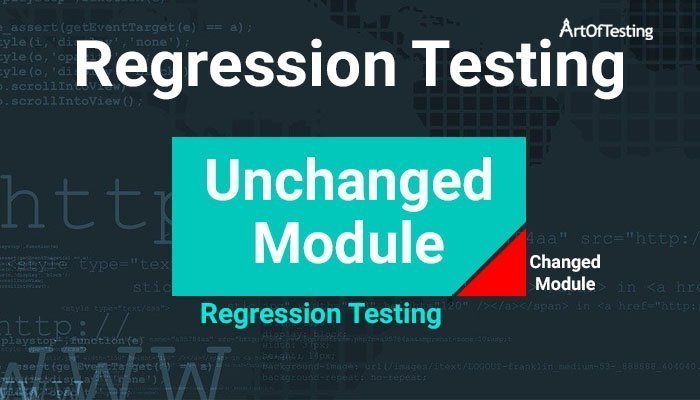 Softwares undergo changes throughout their lifecycle. When a tested software undergoes a minor fix or a fix that doesn’t affect the whole application then it is not advisable to conduct thorough testing of all the modules of the application. Instead, after a fix in a previously tested and working software, we only run a limited number of test cases. This type of testing is Regression Testing.

In this article, we are going to learn everything, one needs to know about regression testing in detail.

What is Regression testing?

Regression testing is a type of testing in which we ensure that a bug-fix or code change has not adversely affected the existing working functionalities.

So basically, we will only run all or a limited number of test cases to make sure that the previously working features work fine even after the code change.

There are various reasons why despite being a lengthy and tiresome method, regression testing is a crucial part of the software testing cycle.

Since regression test cases are ideally suited for automated testing. So automated tools are used for carrying out this type of testing. Following is the list of some of the popular automation tools that we can use-

How to select test cases for regression testing?

Before conducting regression testing it is important to select test cases accordingly. This saves a tester from the last-minute hassle and saves time as well. Following are some of the many criteria on which we select the test cases.

Agile methodology is an iterative and incremental approach to software development. In Agile, we have small incremental builds presented in multiple iterations to the end-user and other stakeholders for their feedback.

Based on the feedback, changes are incorporated in the next iterations of the build on the basis of their priority.

Difference between Regression testing and Retesting

In conclusion, regression testing is looking for new defects that arise due to code changes. Whereas retesting is validating the bug fixes.