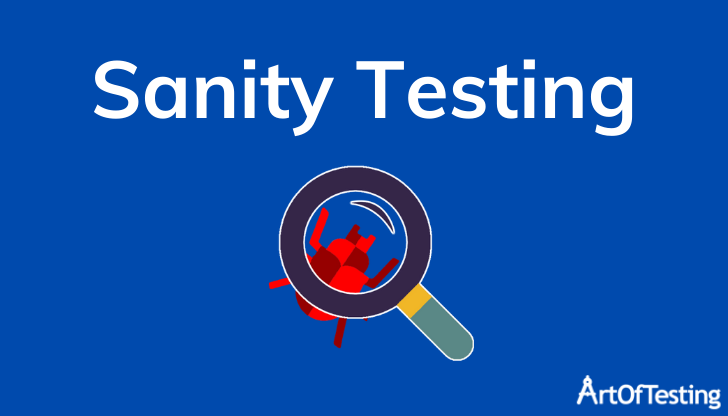 In this tutorial, we are going to study a very common software testing type – Sanity testing.

Let’s start with its definition first.

Like regression testing, in the case of sanity testing, we check if a fix has not affected the working functionalities of the application. But in lesser time and with a lesser number of test cases, focussing on some critical parts only.

So, basically in case of sanity-

Let’s take an example of a simple web application. Suppose all the features of the application are working fine but the signup module has some issues with the captcha API. Now, if we receive the fix of this issue, it doesn’t make a lot of sense to carry out the complete testing of all the modules of the application.

Instead, we can just test the signup module. In case it works fine then we can consider the build fit for production. This can save a lot of time and hence used it is in case of time constraints.

3. Not documented – Most of the time sanity tests are undocumented. We don’t need to have a defined set of test cases.

4. Not automated – Usually the sanity tests are not automated and are performed manually only.