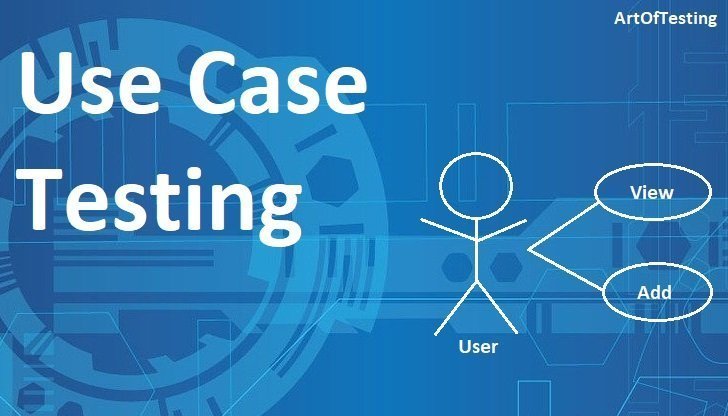 Use case testing is one of the black box testing techniques used for functional testing of the developed system in order to find any defects. It uses test cases that are created based on the use cases to test the system.

As use cases are written before the development process starts. A testing team can take the help of the use case document to create test cases. These test cases can be used in system testing, regression testing, sanity testing, acceptance testing, etc.

Before we start with the use case testing in detail, let’s first understand ‘Use Case’ in brief.

What is a Use Case?

A use case is a list of actions taken by the actor while interacting with the system to achieve a goal. Here, an actor can be anyone who is using the system either human or any external system. Use cases are used to describe the functional requirements of the system.

Functional requirements are written by the Business Analyst after the requirements gathering and analysis phase, and before the designing and coding phases. That is before the development team starts working on the system.

Let’s take an example of one simple use case of a customer placing an order in an e-commerce application. A typical use case has the following structure-

In the above use case, just to keep the discussion short, we have assumed that credit card is the only payment method available in the system and, not every possible alternative flow is mentioned here.

As we can see in the above structure, a use case details the steps taken by a user to complete the action of placing an order, a user goal of placing an order. It also mentions any alternative flows and exceptions that can arise while achieving the goal.

Now let’s look at the test cases that can be designed using this use case.

How to create test cases from use cases?

While creating test cases from a use case, the following steps can be followed:

For this discussion, let’s focus on Main/Normal Flow. Following is the structure of a test case explained with the example of Normal Flow mentioned in the above use case:

For each step of the test case, expected result should be included.

To view the detailed format of a test case, kindly refer to our tutorial on – Test Case Template.

Now, let’s look at some advantages and disadvantages of using the use case testing type.

Advantages of Use Case Testing

Disadvantages of Use Case Testing

Use case testing is a testing type that uses test cases that are based on the use cases. It is a functional testing type and one of the black box testing methods. It helps in testing the system from the user’s perspective.