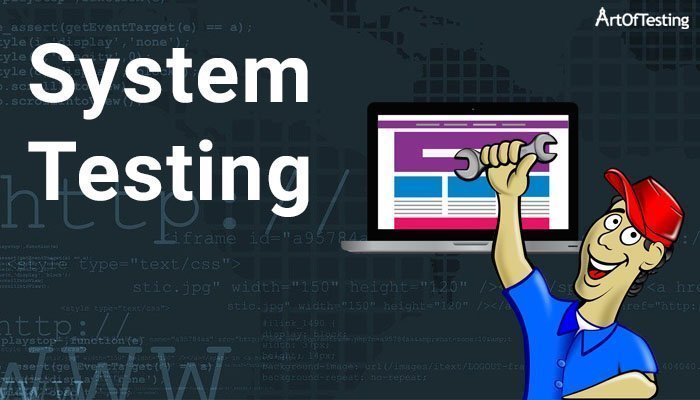 Let us understand each step briefly.

Unit testing – During the first phase of SDLC, when the parts are being developed unit testing is performed. This is done on small blocks of the application. It is usually done by the developer/ programmer who has written the codes.

What is System Testing?

System testing is a type of testing where the application as a whole is tested for its compliance with functional and non-functional requirements. It is carried out by the QA team after the completion of integration testing and before the final acceptance testing.

Since in system testing the whole system is tested end to end and the knowledge of coding or internal architecture is not required. Hence, system testing comes under Black-box Testing.

Why do we need System Testing?

As stated earlier, in system testing both the functional and non-functional requirements of the system are evaluated. Hence, system testing involves different types of testing techniques that evaluate the whole system and its various attributes.

System testing is an important step in the testing cycle. Until and unless the system is tested as a whole we cannot judge the application’s efficiency completely. Therefore, it is important to test the system as a whole before actually deploying it into the market.