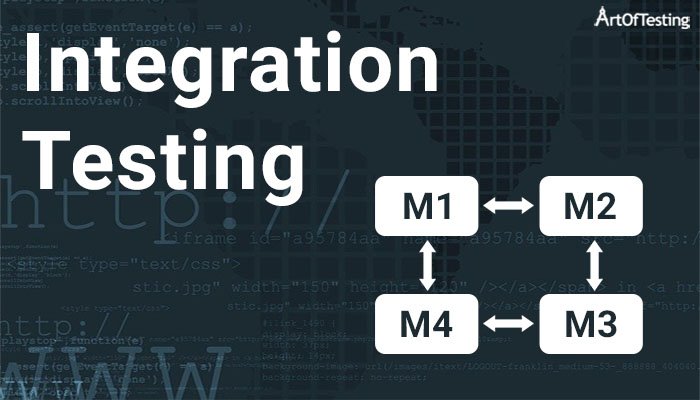 Traditionally, software testing was considered as a way of finding defects once a usable product used to get developed. But with the advancement in the software development process and the requirements of complex software, the testing process was evolved.

Software testing types can be broadly classified into Static Testing and Dynamic Testing. In the case of static testing, we do not run the developed software application, instead, we use different techniques like – inspections, walk-throughs, informal and technical reviews to test the application.

In the case of dynamic testing, we actually test the software application by running the code and examining its dynamic behavior that includes the analysis of different parameters like response time, CPU usage, memory usage, etc.

Unit Testing – It is the first level of testing in which the individual modules or the smaller building blocks of an application are tested in isolation. Its advantage is since we focus on smaller modules only, so it is easier to completely and exhaustively test that module. Also, the bugs found at this level can be fixed quickly and easily with lesser resources.

Integration Testing – It is the second level of testing, that we will be studying in this article. It involves testing the integrated modules as a whole along with their interfacing.

System Testing – The third level of testing in which end to end testing of the complete application is carried out. It helps in validating the requirements before the final testing by the client.

Acceptance Testing – It is the fourth and the final level of testing in which the client or the stakeholders check if the application satisfies its business requirements or not.

Now, that we know about the static and dynamic testing and the different levels of testing, we can proceed to learn about the Integration testing in detail.

What is integration testing?

Integration testing is the second level testing performed after unit testing in which we test the interfacing between the modules along with the end to end testing of the integrated components. It can be performed by using both white box and black box testing techniques.

Why should we do integration testing?

In big bang integration, all the modules are first required to be completed and then integrated. After integration, testing is carried out on the integrated unit as a whole. It is different from system testing as here we focus testing on the interfacing/communication between the modules.

Advantage – It is suitable for smaller projects where we can have all the modules developer before starting with integration testing.

Disadvantage – It is very difficult to incorporate as it is not practical or advisable to have all the modules prepared before starting integration testing.

Top-down integration is an incremental approach of integration testing where the testing flow starts from top-level modules (modules higher in the hierarchy) towards the lower-level modules. As there is very much possible that the lower level modules might not have been developed while beginning with top-level modules. So, in those cases, stubs are used.
Stubs are dummy modules that simulate the functioning of a module by accepting the parameters received by the module and giving an acceptable result. Generally, stubs have hard-coded input and output that helps in testing the other modules integrated with it.

Advantage – We don’t have to wait for all the modules to get developed with the use of stubs. Also, we can prioritize the testing of critical integrated modules first.

Advantage – Similar to top-down testing, we don’t have to wait for all the modules to get developed before starting testing.

Disadvantage – The top-level modules that are tested at the later stages, might not get tested adequately and can have bugs.

The hybrid integration approach is also called the Sandwich approach. This approach is a combination of both top-down and bottom-up integration testing. In this approach, the integration starts from the middle layer, and testing is carried out in both the directions – towards higher-level modules(upwards) and towards lower-level modules (downwards). This way includes benefits of both top-down and bottom-up approaches and helps in faster testing of the module’s interfaces.

Advantage – Since we can move both upwards and downwards. So, it is the most time-efficient method with the option to prioritize the modules on the top or bottom level.

Disadvantage – It is difficult to implement this approach as we have integrate and move in both the directions of the module to be tested.

Let’s talk about the different paid and free integration testing tools in the market that help in greatly reducing the challenges discussed above.

TESSY – Tessy by Razorcat Development GmbH helps in automating the unit and integration testing cycle for the embedded software in  C and C++.

Protractor – Protractor is an open-source testing framework for Angular and AngularJS applications supporting scripting in Javascript.

Jasmine – Jasmine is an open-source BDD framework using which we can automate any Javascript-based application.

With this, we have come to the end of our tutorial on integration testing. I hope all your questions related to this level of testing must have been resolved. For any query, you can let us know in the comments and we will answer at the earliest.