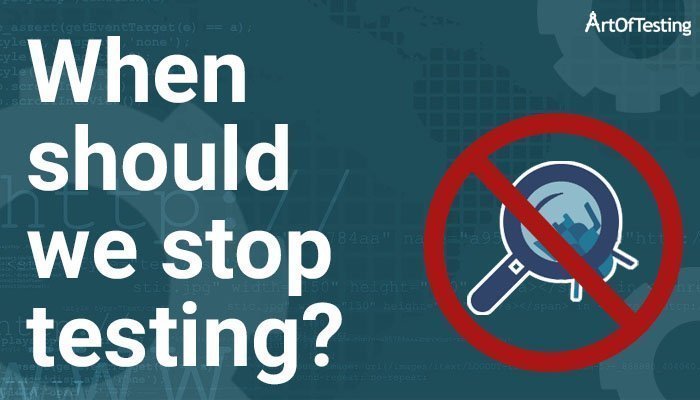 When to stop testing?

This question – “When to stop testing” or “how much testing is enough” is very tricky to answer as we can never be sure that the system is 100% bug-free. But still, there are some markers that help us in determining the closure of the testing phase of the software development life cycle.

That’s it from my side, if you require any further information, let me know in the comment. Also, check out our software testing tutorial here.