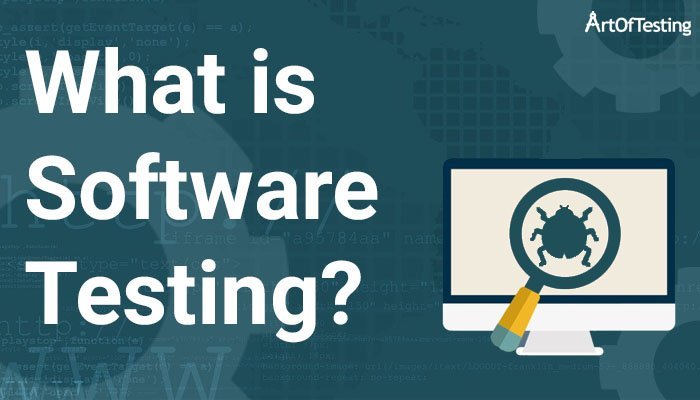 Human beings are prone to mistakes because of in-attention, incorrect assumptions, carelessness, or inadequate knowledge of the system. This very nature of humans makes software vulnerable to bugs, defects, and errors (we will get to know these terms in detail in later posts). To prevent and correct these issues we need testing.

Traditionally software testing was done in a single phase and that too only once the implementation or coding used to get completed. But the increasing complexity of software applications led to the evolution of testing.

So testing techniques were evolved and testing activities were not confined to a single phase. Instead, these were integrated with the different phases of the software development life cycle.

In this post, we will answer some common queries related to software testing and will be discussing the What, Why, Who, When, and How of testing.

What is Software Testing?

Software testing is the process of evaluating a system with the intent of finding bugs. It is performed to check if the system satisfies its specified requirements.

Testing measures the overall quality of the system in terms of its correctness, completeness, usability, performance, and other functional and non-functional attributes.

Why is testing required?

Software Testing as a separate activity in SDLC is required because-

Testing is/can be done by all technical and non-technical people associated with the software. Testing in its various phases is done by-

How is Software Testing done?

Testing can be done both manually as well as using automation tools. When performed manually, it is called Manual Testing. It includes requirements verification, development of test strategy and plan; test case preparation, test case execution, defect creation, defect retesting, and finally test report sharing with all the relevant stakeholders.

When do we start Software Testing?

Based on the selection of different Software Development Life Cycle models for the software project, the testing activities can be performed in the different phases of the software life cycle.

There is a software myth that testing is done only when some part of the software is built but testing can(should) be started even before a single line of code is written. It can be done in parallel with the development phase e.g. in the case of the V Model, development and testing activities are integrated with each other.

When to stop testing?

This question – “When to stop testing” or “how much testing is enough” is very tricky to answer as we can never be sure that the system is 100% bug-free. But still, there are some markers that help us in determining the closure of the testing phase of the software development life cycle.