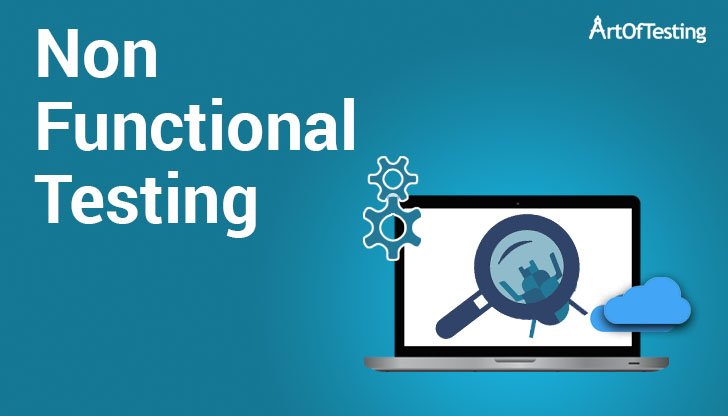 Non-functional testing holds equal importance in the testing process as functional testing. Sometimes, the project manager, QA team and even the client focus only on functional aspects of the software. But when the software is in the market, and it is used by real users, it might start developing some issues related to performance such as slow response time, compatibility issues with browser or device, vulnerabilities towards attacks on security, etc. These issues, in turn, might affect end-user satisfaction.

Following are some major parameters that are important to be tested during non-functional testing:

Now, let’s take a real-life example of why performance testing is important: When American actress Jennifer Aniston debuted on Instagram in 2019, due to a large number of users accessing her profile, Instagram was crashed temporarily. Such scenarios are very rare, but it still affects the application’s performance and most importantly, end-user satisfaction.

Security testing is one of the most crucial testing types of non-functional testing. In this type of testing, the system’s readiness to fight back against any external or internal attacks is tested. It makes sure that only authorized and authenticated users are allowed to access the software, and users’ data is secured and available to them whenever required.

One of the many examples of why security testing is the utmost requirement is Yahoo’s cyber attack in 2014. It was responsible for stolen data (such as names, date of births, passwords) of 500 million user accounts. In recent years, Yahoo’s user accounts were hacked at least thrice which was also responsible for Yahoo’s decreased valuation during its buyout by Verizon Communications.

Usability testing checks how easily a user can use the system. It is required to see how quickly or effortlessly the user is able to learn and run through the system.

If the user cannot browse through the system easily, the user might lose interest in the application and it will, in turn, affect customer satisfaction.

The system should be able to run efficiently, meeting all its functionalities without any issues on the desired platform or device. This compatibility check with different devices, operating systems, or browsers is done using compatibility testing.

Scalability testing is required to check the scalability of the system which means in events of change in data volume, a number of users, etc. the system should work as required and it should be able to handle the increased parameters.

Recovery testing checks the system’s performance in case of any failure or crash and its ability to recover in the desired time without loss of any data.

Generally, manual non-functional testing is difficult to do. For example, logging in with multiple users at the same time is quite difficult to do manually, you will need a large number of resources to do it. Moreover, it will be time-consuming and desired results might not be achieved. Using some tool that performs automated tests is an effective and time-saving option. Thus, there are some automation tools available in the market for the same.

Following is a list of some automation tools used by testers worldwide:

JMeter – Apache JMeter is a performance testing tool written in JAVA. It is open-source software, freely available, and platform-independent. Moreover, it supports integration with Selenium, it can also be used as a unit testing tool.

NeoLoad – It is a performance testing tool written in JAVA. They have different pricing plans and one of them is free, but it comes with a limited set of users. It also supports existing Selenium scripts written in JAVA.

WebLOAD Professional – Another performance testing tool that has various pricing plans, and like NeoLoad it comes with a free plan with a limited set of users. It also supports Selenium and Perfecto Mobile.

LoadTracer – It is a performance testing tool developed in C language by Trace Technologies Pvt. Ltd. Currently, it is freely available.

We hope this article helped you in understanding the non-functional testing concept. For any query or suggestion, please let us know in the comments and we will try to answer at the earliest.