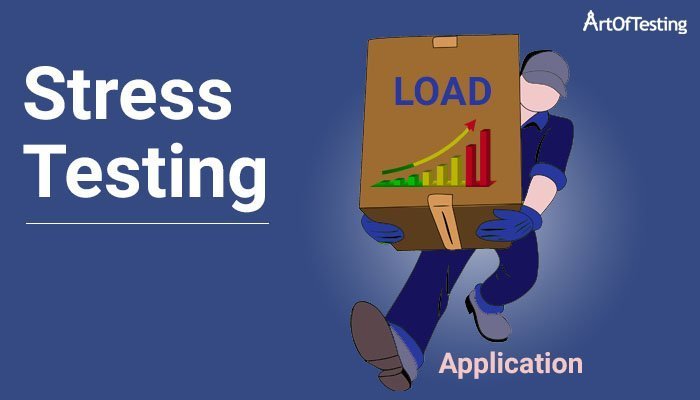 While testing software applications, we often want to see, how an application behaves when put under extreme load conditions. The goal is to see the robustness and ability of an application to not crash and recover successfully after heavy load subsides. This type of testing is known as Stress Testing.

What is Stress Testing?

Stress Testing is a type of performance testing. In this type of testing, we measure the robustness and stability of an application by subjecting it to extreme load conditions, beyond the expected real-world operational load.

With Stress testing, we aim to find a breaking point of the application. A load beyond which the application fails to respond or starts behaving abnormally.

Basically, in stress testing, we make use of performance testing tools like – Apache JMeter. These tools help us in simulating a load of real users by scripting the user flow. Using these tools, we can subject applications to load a large number of users that access the different functionalities of the application. So, if the application is bound to serve 100 concurrent users, we put a load of 120 users. Then we analyze the application behavior and try to answer the below questions-

The need for Stress Testing

Let’s see some real-world scenarios where we can find the usage of Stress Testing.

Both Stress and Load testing are a subset of Performance testing. Some people use them interchangeably but these are completely different. Let’s see the difference between the two-