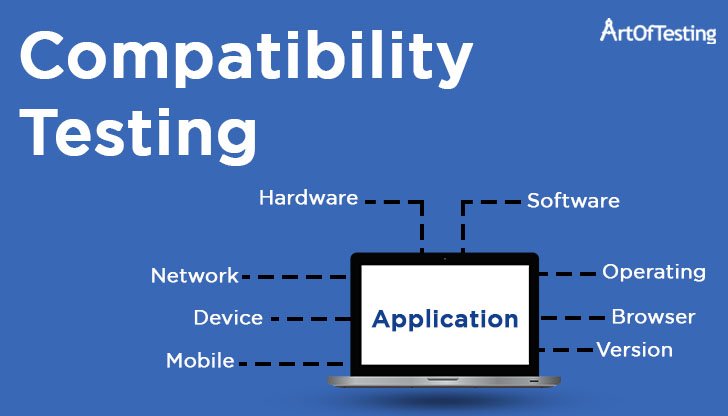 Hello fellow QAs, in this tutorial, we will study about about a very common testing type – compatibility testing. Before, we begin first let’s understand why we need this with the help of a real-world scenario.

In this technically advanced world, when someone wants to use any application, he or she has many options to choose from when it comes to the operating systems, browsers, networks, and devices.

Let’s say a student is a regular user of Google. He uses it whenever he wants to research something. In school, he uses a desktop pc with Windows 8 OS and Internet Explorer browser. On his mobile device, he uses iOS and Safari browsers. At home, he uses Windows 11 OS and Chrome browser.

This student can use any of these devices to open Google. Now it is Google’s responsibility to give its customers a seamless experience. They need to make sure that their application works flawlessly on maximum possible combinations of browsers, devices, operating systems, etc.

This is true for all the applications or software available in the market. Organizations cannot deny the fact that every customer will have different combinations of browsers, devices, operating systems, etc.

Organizations need to ensure that their application/software work on any of these combinations to make it widely used and give their customers satisfaction.

What is Compatibility Testing?

Compatibility testing is non-functional testing. It is carried out to verify whether an application or software can run on different devices, browsers, operating systems, hardware, and networks.

It is mainly aimed at giving a quality customer experience. If any customer is facing an issue due to the application’s incompatibility. It may have a negative impact on the customer. S/he might abandon the application/website. This testing ensures that the application works on all the possible combinations of devices, browsers, OS, etc. as desired.

It reduces future customer support required for the LIVE application. Whenever any customer faces issues because of the incompatibility of the application. S/he is likely to call customer service.

But if the application has been tested in advance. And, these issues were identified and solved before passing the application for customer use, this unnecessary cost of customer service can be avoided.

Apart from the reduced cost of customer service, it also helps in attracting and retaining more customers as it is directly connected to giving customer satisfaction, which helps in increasing an organization’s revenue.

Before starting compatibility testing, a testing team needs to make sure the application is ready to test with the complete development of all the important features.

The next step is to set up an environment with all these platforms, browsers, devices, etc., and to test an application or software.

After testing, all the bugs will be reported and after review, they will be sent to the development team for fixing.

Once bugs have been fixed, they will go to the testing team for defect verification.

Compatibility testing is one of the most important testing types of non-functional testing. At times it can become expensive due to the number of devices, platforms involved in it. But even with a higher cost, as a result of compatibility testing, the organization gets great advantages such as customer satisfaction, more financial gain and many more.