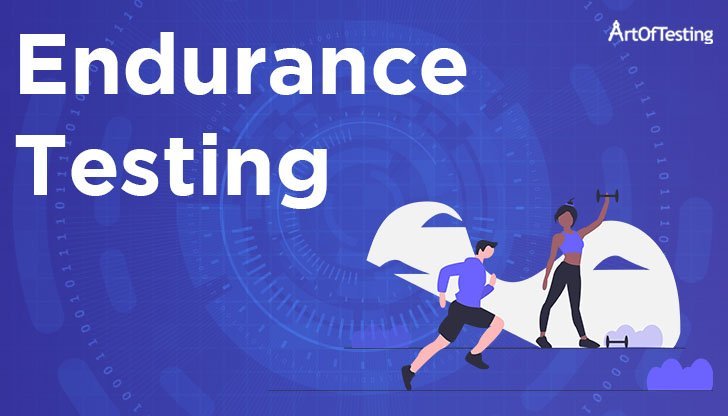 What is Endurance Testing?

It is non-functional testing and falls under types of Performance testing.

Endurance testing is also known as Soak testing. It aims at testing the system for a prolonged period of time. It makes sure that the system runs smoothly without any failure and handles the desired load.

In endurance testing, the performance testing is conducted for a longer period as per the testing requirements (such as 12 hours, 72 hours, or more) compared to other testing types such as load or stress testing.

It helps in finding out any memory leaks in the system. It also helps in checking the response time of the system over a longer period.

Let’s try to understand the importance of endurance testing with an example of the ‘Memory leak’ concept.

The simple definition of memory leak is “a failure to release the memory by objects that are no longer used”. This occurs due to a weak code written by a programmer”.

In the event of a memory leak, due to memory used by unused objects, available memory reduces gradually which slows down the system, and eventually, the system stops working.

In endurance testing, testers run the system for a predetermined amount of time by providing a certain amount of load to check for any memory leak.

Another real-world example can be of a bank. Let’s say offline activities in a bank are restricted for 3-4 days. During this period, online banking activities will increase as compared to other normal business days. The number of users and the number of operations will increase as well. Due to this, the system needs to be ready to handle such load.

Performing endurance tests requires detailed planning as such test runs require to last for a longer period. Let’s take a look at steps involved in the endurance testing process-

This section discusses the advantages of endurance testing as given below-

The following are some disadvantages of endurance testing-

The following are some tools used for endurance testing-

Endurance testing or Soak testing is a type of performance testing that is used to observe system behavior when the system runs for a longer period with a specific load. It is a time-consuming process and demands proper planning. It is useful in identifying performance relates issues that might arise due to the continuous running of the application.