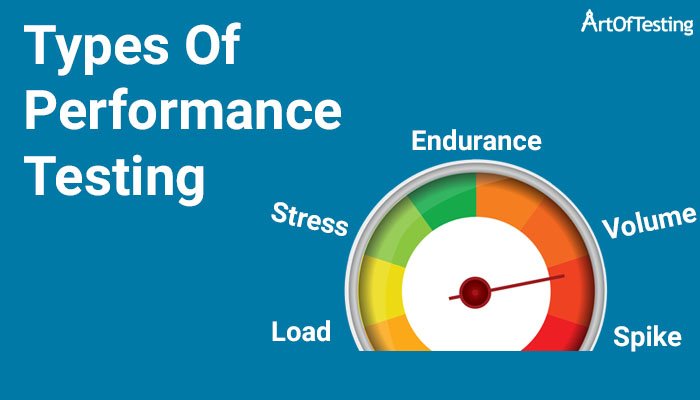 Load testing is a type of testing which involves evaluating the performance of the system under the expected workload. A typical load test includes determining the response time, throughput, error rate, etc during the course of the load test.

Example – For a newly developed application with an anticipated load of around 1000 concurrent users. We will create a load test script and configure it with 1000 virtual users and run it for say 1-hour duration. After the load test completion, we can analyze the test result to determine how the application will behave at the expected peak load.[Read more]

Example – For an application with an anticipated load of 1000 users we will run the test with 1200 users and check if the application is robust enough to not crash. [Read More]

Endurance testing is also known as ‘Soak Testing’. It is done to determine if the system can sustain the continuous expected load for a long duration. Issues like memory leakage are found with endurance testing.

In spike testing, we analyze the behavior of the system on suddenly increasing the number of users. It also involves checking if the application is able to recover after the sudden burst of users.

Example – For an e-commerce application running an advertisement campaign, the number of users can increase suddenly in a very short duration. Spike testing is done to analyze these types of scenarios.

Example – For a newly developed e-commerce application, we can perform volume testing by inserting millions of rows in the database and then carry out the performance test execution.[Read More]