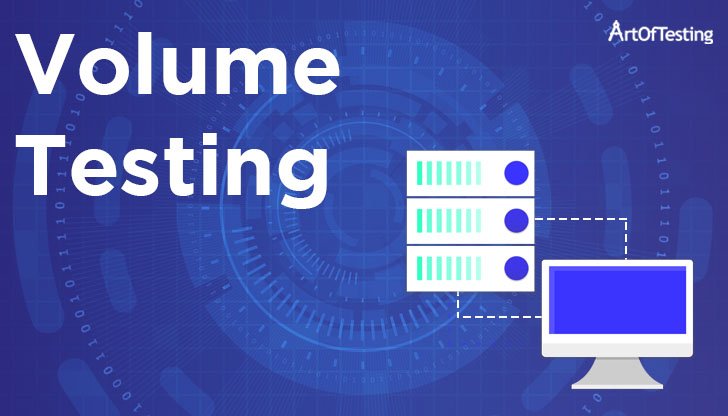 What is Volume Testing?

Volume testing is a type of performance testing that helps in checking the performance of an application when subjected to a large volume of data.

This data can be of two types-

It is also known as flood testing since, in this testing type, a huge amount of data is flooded into the system to check the system behavior.

Importance of Volume testing with Example

For example, for any e-commerce website. Let’s assume that a couple of new brands are introduced on the platform that is very famous in the market and they have a large number of products. Now, the system should be able to support this new set of data without any failure.

Volume testing is also done to check the volume of data that is projected for future usage. Let’s say any new banking application generates x GB of data and in the next 2 years it is predicted that the generated data volume will exceed x*10 GB of data, and in 5 years it will generate x*50 GB of data.

Now, after the development of the code, it is advisable to check whether the system can support future predictions in terms of data volume abilities. For this check, volume testing is required.

It also helps in identifying any infrastructure need or database change that might require beforehand. This is because it is better to keep the system ready for future data volume rather than making changes later when the need arises.

It makes sure even with the excess database load, the system is working as expected and does not crash.

How is it different from Load testing and Stress testing?

Volume testing is done to make sure the system behaves expectedly when it is exposed to a large volume of data.

Load testing is done to check the system performance by gradually increasing the load until it reaches its threshold limit.

Stress testing is done to check the system’s robustness by feeding it the maximum number of users and data which surpasses the threshold limit.

These three can be explained through examples given below-

How to do Volume testing?

In volume testing, there are some important factors on which testing team should be clear-

This section discusses some important advantages of volume testing-

The following are some disadvantages of volume testing-

Following is a list of some automation tools used by testers worldwide:

For any system, the quantity of data is an important parameter. Volume testing is a non-functional testing type. It is used to test the volume of data with which the system interacts or is likely to interact. It is a time-consuming testing process. But at the same time, it helps in identifying issues such as slow responsiveness and data loss.