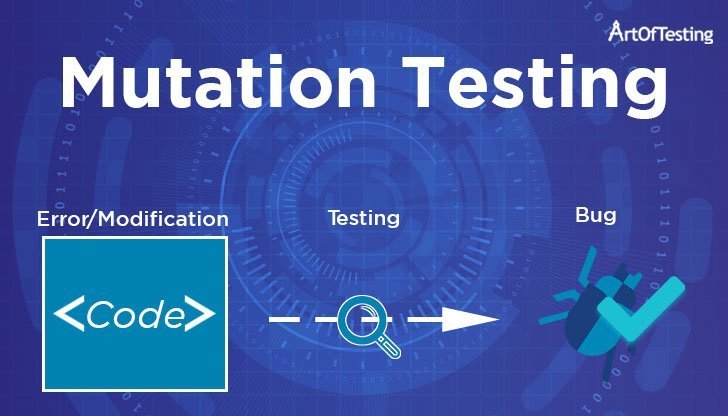 Nowadays, systems are becoming more and more complex and development teams are under stress to complete the projects on time. Due to which, multiple developers work on the same project and due to system complexities source code also increases. Software testing becomes an important step in any software development life cycle as the code needs to be fault-free.

There are various white box techniques to test the quality of the source code, one of them is mutation testing.

What is Mutation Testing?

Mutation testing is a structural, fault-based white box testing technique used to assess the fitness of the test suites which helps in finding any faults in the system. A mutation is a small change in the program. These changes are small so that they do not affect the high-level purpose of the system and basic low-level bugs can be found in the code.

Mutant testing works on the two hypotheses as discussed below-

This hypothesis implies that the programmer is competent which means s/he will code programs close to perfection. And even if the faults are found, it is assumed that it is because of the minor syntactic errors which can be solved easily.

This hypothesis is based on the faults used in mutation testing. It states that the simple mutant with a simple fault is sensitive enough to couple to form other complex faults i.e. a test suite that can detect simple faults in the system will also detect a high percentage of complex faults.

Mutation Score = (No. of killed mutants/total no. of mutants)

There are mainly three types of mutations.

1. Value Mutations – These types of mutations change values of constants or parameters. Example-

2. Statement Mutations – These types of mutations change statements of the code either by removing them, replacing with other statements or changing the order of the statements.

3. Decision Mutations – These types of mutations change logical or arithmetic operators in the program. Example-

Let’s look at some of the advantages of mutation testing:

The following are some disadvantages of mutation testing-

Mutation testing is a fault-based technique that focuses on changing source code and testing it against the test suites to find any faults in the system. Due to the time-consuming and costly processes, it is usually not the first choice. But in recent years, mutation testing is becoming more popular as new automation tools are introduced in the market.