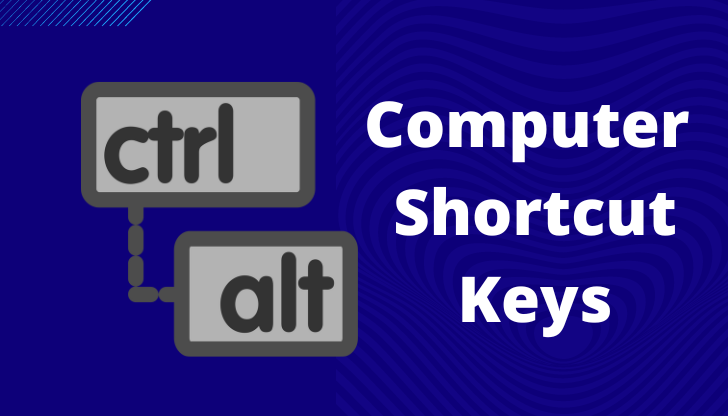 In today’s world, computers have become integrated into our daily lives. To be proficient in computers, operating a keyboard is one of the most important parts to deal with. The different computer shortcut keys provide an easier way for the user for completing the task accurately and in less time.

The computer shortcut keys are a set of one or two keys that helps in executing a particular command with the help of Alt, Ctrl, and some other keys.

These shortcut keys are very important and basic that every user should know while working on deleting, pasting, or copying a text. It’s quite efficient to use shortcut keys instead of using the cursor.

For these shortcuts to work you need to enable the Setting -View all Setting-Keyboard Shortcut as ‘ON’ on GMail.

Shortcuts for Inserting symbols and special characters in Word, Powerpoint and Excel Documents.