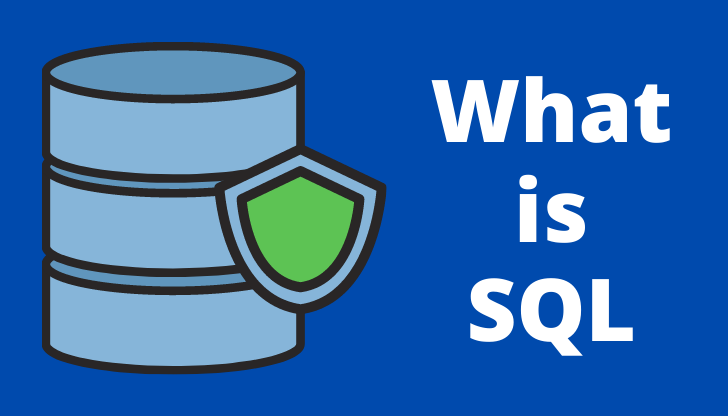 SQL is a short form of Structured Query Language. It is a domain-specific language used to design, program the data held in RDBMS (Relational database management system). Specifically, SQL is used in data incorporating relations among entities and variables.

In the simplest words, SQL is the language of databases. Using SQL, we can insert, update, fetch and delete the data present in the databases.

Originally, SQL was developed at IBM by Raymond F.buyers and D.Chamberlain. The initial version was developed in the 1970s which was earlier named as SEQUEL which expanded as structured English query language. Primarily, it was designed to modify and retrieve data stored in IBM’s original database management system.

The developers resumed working on this language in 1973 after moving to Saint Joes research laboratory. It was at this time that SEQUEL was changed to SQL due to some trademark issues and underwent testing at customer sites.

The first practical implementation of SQL that was commercially available, came out in 1979. Going further in the milestones, SQL was adopted by ANSI and ISO in 1989 and since then the database language has always continued evolving in the form of its new versions being published at frequent intervals, the most recent being in 2016.

Constructor types are either ARRAY, MULTISET, ROW, or REF. The third type, user-defined types are compared to the classes in object-oriented language with their own methods, contractors, observers, overloading, overwriting, and more.

Certain incompatibility issues result in difficulty in porting SQL code between database systems without alterations. Also, the most common implementations of SQL usually do not support basic features of standard SQL such as date or time data types.

Implementations of this language are incompatible between Wenders and they do not always follow the standards to a complete extent. The reasons for this incompatibility are many including the Complexity of the SQL standard and its use size. Secondly, the standard does not particularly mention database behavior in important areas.

Also, many database vendors already have large amounts of existing customer bases, due to which the newer versions of SQL standard find it difficult to be compatible with prior behavior of the vendor’s database.

Just like every other language, SQL also has its share of criticism in terms of its design. Critics are of the opinion that SQL diverts from its theoretical foundation in various ways. The presentation of data also differs from its relational model.

In SQL, Query results are shown in the form of a list of rows while in the relational model, the table is a set of tuples. Critics also state that due to these differences, SQL should be substituted with such a language that strictly adheres to its original foundation. The concept of Null used in SQL is also subject to criticism.