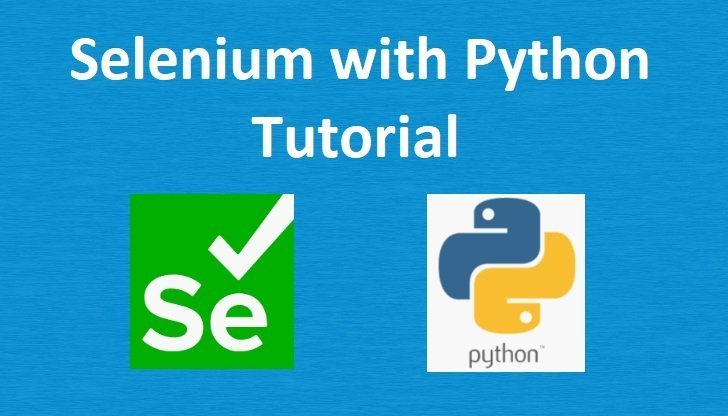 Hello friends. If you are not completely new to the software testing or development field, you must have heard of the automation tool Selenium. In this tutorial, we will help you get started with Selenium using your favorite programming language Python.

In this Selenium with Python tutorial for beginners, we will start from the very beginning. That is with the installation of Python and Selenium. After that, we will create a script, automating a flow with this setup. Along the way, we will be learning about the different Selenium concepts. So, let’s begin.

Selenium is an open-source automation tool. Using Selenium we can automate web applications. It was introduced in the year 2004 as an internal project by ThoughtWorks. Soon it became the market leader, among the different free and paid automation testing tools.

Features and Advantages of Selenium

There is one more component of Selenium – Selenium RC (Remote Control). But it is deprecated now. So, we can safely exclude it from this Selenium WebDriver with Python tutorial.

Why Selenium with Python?

Features and Advantages of Python

This completes the theoretical part of this tutorial. Time for some hands-on now. Like I said in this tutorial, we will explain and do everything from scratch, so we will start with Python installation. If you already have Python installed on your machine, you can directly skip to the Selenium setup section.

Navigate to Python for windows download page and under ‘Stable Releases’ click on the installer of the latest Python release or the release of your choice. Make sure to install the correct version of the installer based on the configuration of your system – 32 or 64 bit.

You will see the installed Python version as the output.

Next, we need to install PIP on Windows. PIP stands for “preferred installer program”. It is a tool to install and manage python packages from the command line. Steps to install pip on windows-

pip -V. You will get the pip version listed.

Once, python and PIP are installed in your machine, we can simply install Selenium with the below command-

In case you want to install the latest version of Python you can do the same using brew.

After this you can skip to Download Browser Drivers section directly.

For Ubuntu 16.10 and above you can use the below command-

For other versions on Ubuntu-

In the case of other Linux distribution, you can use dnf-

In the Selenium WebDriver Architecture section, we studied that Selenium required different browser drivers to interact with the browsers. So, we need to download the same. Drivers for some of the popular browser drivers are-

In this tutorial, I will be using PyDev but you can use any IDE of your choice.

Next, we can create a simple Python project to verify this setup using a sample Selenium with a Python script for the Chrome browser.

On executing this script, the Chrome browser will launch with Google.com. After that it will verification of title with the value – “Google”. Finally, the browser will close.

Let’s understand the meaning of each line of code given in the sample script.

This is the import statement to import the webDriver.

With this statement, we are opening a ChromeBrowser. Just remember to pass the correct path to the ChromeDriver.exe file.

This statement will maximize the browser window.

The driver.get() command opens the URL passed as parameter.

This assert command validates the title of the window with the value – ‘Google’.

This statement closes the browser.