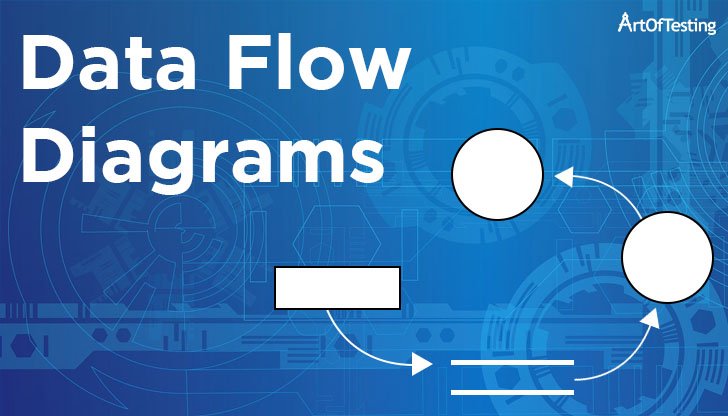 This tutorial focuses on the definition of the data flow diagram (DFD), levels of the DFD, and its different types. Before starting with DFD, lets first study about a process models.

What is a Process Model?

A process model is used to describe system activities and the flow of data among them. In other words, it is a graphical representation of how the system should operate. It can be used for the as-is system or to-be system.

One such process modeling technique is data flow diagramming.

What is a Data Flow Diagram?

A data flow diagram (DFD) graphically describes business processes and the flow of information that passes among them. DFD also describes inputs and outputs of the process; and where the data will be stored.

The data flow diagram is used to model a perspective of the system that can be easily understood by the non-technical users as the symbols and syntax used in DFD are simple.

It is used by the analysts, customers, and developers to understand the requirements more clearly mainly during the requirements gathering and analysis phase of the SDLC. It shows the current system or the new system to be developed visually.

Following are the major details described in a DFD-

DFA uses the following basic elements or symbols to describe how the data flows in a system. Please note that this tutorial follows Gane and Sarson’s style of symbols developed by Chris Gane and Trish Sarson.

It is very difficult to explain all the processes in just one DFD, that is why DFDs are expressed in a set of DFD levels. The first step in creating DFDs is to identify the DFD elements (external entities, processes, data stores, and data flows) explained in the section above.

The next steps involve creating the different levels of the DFDs. The highest level DFD depicts the synopsis of the system and with decreasing levels of the DFDs, detailed explanations of each segment of the whole process are described.

Data flow diagrams can be categorized into two types:

Benefits or Characteristics of DFD

The following are the advantages of using the data flow diagrams:

Data flow diagrams are useful in showing various business processes of the system being developed, external entities sending and receiving data, data flow depicting the flow of data and data stores. DFD is a crucial part of the requirements gathering and analysis stage of the software development lifecycle that is helpful to numerous people such as analysts, customers, and the development team.