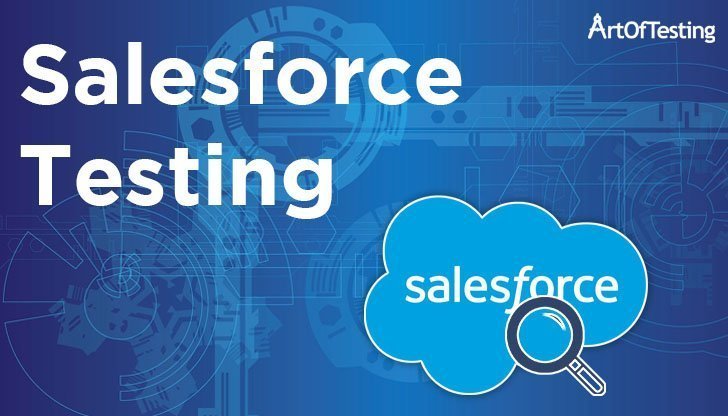 Salesforce is a US-based company that provides cloud-based CRM (Customer Relationship Management) service to organizations. According to Forbes, Salesforce was the leading CRM service provider in 2018 with a 19.5% market share.

Salesforce.com is a cloud-based CRM SaaS (Software as a Service). Thus, the users do not need to install the software or store any data on the local device. Users can simply use it via the computer browser, and everything is stored on the cloud that gives quick access to information.

Moreover, if the customer wants, they can develop customized features as per their requirements. Some features of Salesforce CRM are contact management, lead management, sales forecasting, email integration, reports, sales collaboration, and partner management.

The Need for Salesforce Testing

To understand the need for salesforce testing, first, let’s look at the following two important terms. Salesforce has two types of options available for making changes in the inbuilt CRM:

Organizations usually take the help of skilled Salesforce developers to do the customization coding. For server-side development, developers use a programming language called Apex, developed by Salesforce.

Apex is an object-oriented language with similar syntax as Java. It stores the code in the form of triggers and classes. For front-end development, Visualforce or Lightening frameworks can be used. Visualforce is an older framework while Lightening is a modern framework.

Whenever any changes are made in the CRM, using the above-mentioned options, testing is required. Salesforce testing is done to ensure that post configuration and customization, the system is performing as expected.

There are two types of Salesforce testing:

For any successful implementation of Salesforce configuration and customization, there are some important points for strategy and practices that should be followed. This section discusses the same:

Salesforce is a widely used CRM that comes with a large set of inbuilt features. It gives the ability to configure and customize extra features as per the organization’s business needs. To get the full benefit of this cloud-based CRM, focusing only on the development phase is not enough.

Testing the developed configurations and customizations is equally important. Testing Salesforce applications is like any other software testing process. But at the same time, the testers should be highly skilled with deep knowledge of the various Salesforce terms.