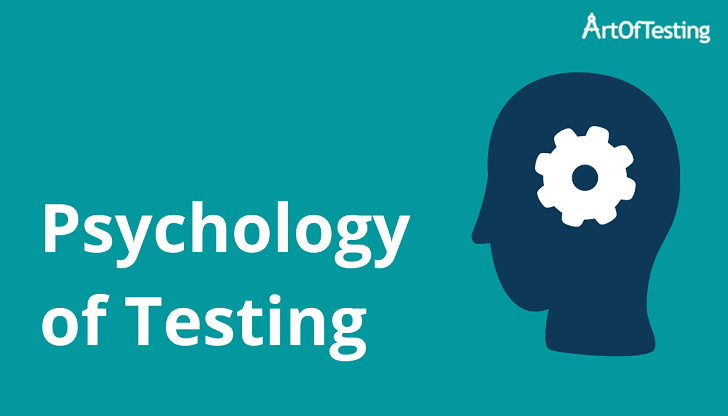 Before starting with the topic – Psychology of Testing. Let’s first understand the software development life cycle and testing phase.

Each phase is critical for the success of the project. In this tutorial, we will focus on the ‘Testing’ phase. This phase is crucial for project success as it directly affects software quality and customer/user satisfaction.

The efficient and smooth flow of the testing phase helps in finding the bugs or defects in the system. In traditional methodologies, the testing phase starts only after the completion of the development phase.

However, nowadays, agile methodology is popular where the focus is on rapid releases due to which the testing and development process cannot happen in silos, they have to be carried out simultaneously. In either methodology, testing is an important step.

In the testing phase, the testers test the system thoroughly and try to find any bugs or defects in the system. With manual and automation testing we can achieve this.

As this process involves human intervention, the psychology of the whole process becomes crucial. Every person involved in the SDLC has a different view of the testing phase. For example, for a developer, the result of the testing phase is that the system works as per the requirements. For a tester, the focus is always on finding the defects.

A psychology of testing depends or involves three factors. Let’s discuss each of them in detail.

The Mindset of Developers and Testers

Before we start the discussion on this topic, it is important to note that developers also do the testing of the system. They mainly participate in the testing process during the unit testing level. Developers test the individual units developed by them. On the other hand, testers take part in integration testing, system testing, and sometimes acceptance testing levels.

Testers, on the contrary, try to break the system using various means to identify any errors or bugs in the system that will stop the end user from using the system in the desired manner.

Testers have a different mindset than developers, they analyze the developed system and look for any defects that deviate the system from the actual requirements communicated by the business analyst.

Before we move to the next factor, it is important to understand that both the resources, developers, and testers have a different mentality and they work accordingly.

As discussed earlier, testers find mistakes or errors in the system and communicate these findings with the developers. It is an obvious human tendency not to welcome your mistakes, especially identified by other persons. For a tester, finding the bugs is an accomplishment. But at the same time, for a developer, it is a mistake in his/her work and extra time will have to be spent on correcting the mistakes. For others e.g. project managers or clients, this is a halt that will stop the successful deployment of the code.

Due to these reasons, we sometimes consider testing as a destructive activity and not a constructive activity. Thus, it becomes necessary that the testers communicate the findings of the testing process in a polite and clear manner.

Points to remember for effective communication

The third and last factor is test independence. Finding mistakes in your own work is possible but not an effective idea. Developers, after building the product, test their code at the unit testing level. Developers can also perform integration testing and system testing.

But again, looking for bugs in your own features of the system may not be helpful and fruitful. Thus, we need the help of an outsider who doesn’t work on the coding part.

Such people can be other developers, testers, clients, and end-users. Mostly, in an organization, a dedicated testing team is responsible for the testing process.

Sometimes, people outsource the testing part. If we look at the different testing levels, we can understand it more clearly.

Instead of developers, when a separate team is used to test the system, results will be superior. This is due to many reasons such as end-to-end understanding of the system, analytical abilities to find any errors, experience in the testing process, etc.

For a successful testing process, not only thorough testing is required but also the understanding of the psychology of testing is also very important. Finding bugs is not enough, properly communicating them with the developers, understanding their perspective is important, too.

At the same time, developers should also understand the tester’s outlooks. The tester is a resource dedicated to finding system bugs and their goal is to achieve the highest possible quality, eventually affecting end-user experience. The success of the testing process demands contribution from both sides.