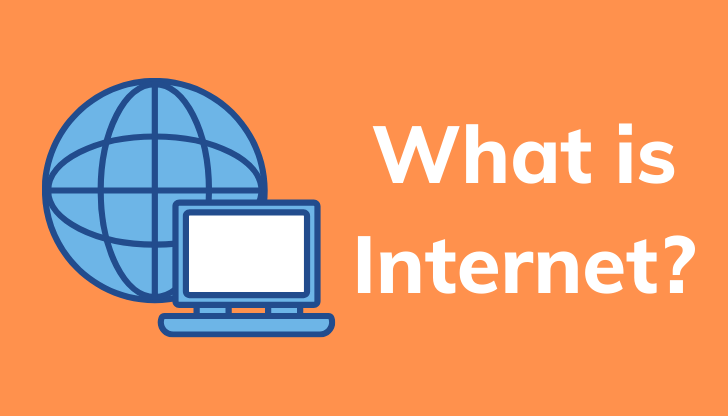 Internet is an architecture designed to interconnect computers from all around the world. It is also sometimes referred to as the network of networks. This is because the internet is made up of several smaller networks.

Domestic networks, government networks, military networks, etc. are some of the small networks that make the internet as a whole. It is the work of several repeaters, cables, data centers, network towers, etc. to let the information travel through the connected computers.

In this article, we will study the history of the internet and how has it affected the lives of people.

We can track the origin of the internet back to the 1960s. In the late 1960s, the first-ever internet called the ARPANET (Advanced Research Projects Agency Network) was created.

This network adopted the method of packet switching to allow multiple computers to communicate across a single network. This project was led by Robert Taylor and was proposed by Davies and Barn.

This shows that the credibility for the invention of the Internet cannot be given to one person. Instead, it includes various scientists and researchers to finally succeed in its making.

There might be several instances when you must have heard of the term World Wide Web. Many people confuse it with the internet. However, both the terms are different.

Understand this with a simple example. Think of the internet as a road connecting several towns and cities and the houses or shops that come along the way are the information on the web.

Another difference is the language. The HTTP (hypertext transfer protocol) is the language of the world wide web. It connects all the documents and files on the web.

While the internet works on a set of rules defined by the IP(Internet Protocol). The data transmitted on it is dealt with by IP.

How does the Internet work?

Now you must be thinking, how can we connect millions of devices from all around the world. How can information be reached to several people at the same time? We will clear all your doubts one by one.

Although the complete working of the internet is a bit complicated still we will understand it through simple steps and examples.

Think of the internet as communication between computers, and there are a set of rules that they have to abide by to speak and listen. It is the work of Internet Protocol that lets us communicate with other computers.

The internet protocol sets addresses for each connected computer. These are called IP addresses and used to find each other on the network just like our house addresses.

Now the messages/ information is broken down and sent in the form of small packets that get reassembled again at the receiving point. These messages cannot get lost as each computer has a unique IP address that is a series of numbers.

Now there are several computers on a network, and this might create confusion despite unique addresses. These message transfers are handled by the Packet Routing Network, and this is why a router is required to set up.

The Transfer Control Protocol is another system that makes sure no packet is lost or left behind. As It might create a disrupted message at the receiving end.

Let us review how the message is transferred.

Step#1. Computer1 sends a message to Computer2 by its IP address.

Step#2. The message is broken into small pieces- packets.

Step#3. The packets are transferred concerning Transfer Protocol so that the quality is maintained.

Step#4. The packets reach Computer2 and are reassembled at their IP address.

The Internet works in a way more complicated manner than these few steps, but this might explain its basic working.

Now let us study some of the advantages of the Internet.

The internet has become a household name since its easy installation and setup have been introduced. It was first invented for only government and military uses only. But now, it is installed in every house across the world. Let us see how it has been beneficial to us.

While the internet may have been a boon to us, it comes with its repercussions as well. It is also a place where several cyber crimes take place. There are several online hackers that are ready to steal people’s personal information to benefit themselves.

Online stalkers are also scary can lead to several crimes. Therefore, the use of the internet should be limited and with all precautions.