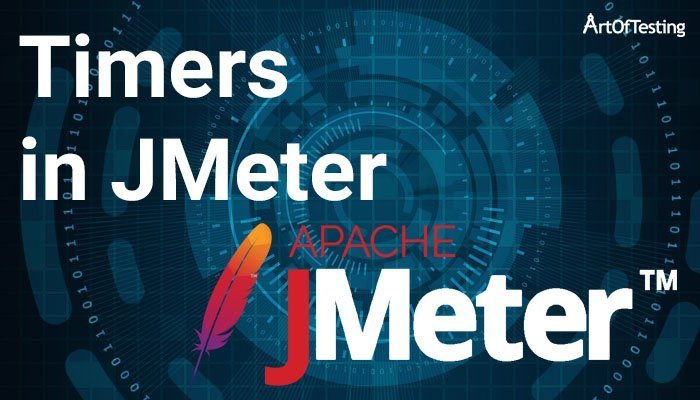 Timers in JMeter is the test plan elements used to pause the execution of test for a certain specified amount of time. This pause between requests helps in simulating real-world scenarios like time taken by users to think, type something, see and process the information displayed etc. How to add a Timer-
Right Click on Thread Group -> Hover over Add -> Hover Over Timer -> Click on the required Timer

The constant timer is one of the most widely used timers in JMeter. It pauses the execution of test for a specified constant amount of time.

The uniform random timer is used to pause the test execution for a random time. The maximum value for random time can be specified along with the additional constant time with each wait.

The constant throughput timer is a special type of timer used to create pauses with variable amount of time while maintaining the overall throughput i.e. samples/minute.

The BeanShell timer is used to generate the delays using BeanShell scripting.

The Synchronizing timer is used to insert delays in the script by bocking a certain number of threads and when the blocked thread count reaches a specified number then the threads are released at once. Since, the synchronizing timer generates a large amount of instant load hence, it is used for spike testing.

The Poisson random timer is used to generate the delays using Poisson distribution.

The JSR223 timer is used to generate the delays using JSR223 scripting.

That’s all we have in this section, please share it with your friends and colleagues. Check out the complete JMeter tutorial here.