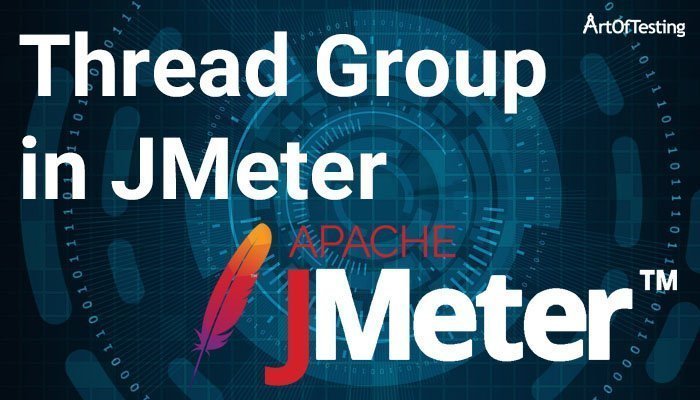 In this tutorial, we will be studying about Thread Groups in JMeter along with its different properties and configurations.

A Thread Group in JMeter represents a pool of virtual users performing a set of operations. For example, considering Google search scenario, one set of users will be using the search by text functionality, others will be using News Search, some other smaller section of users might be using search by image functionality. While creating a performance test script, for all these users, we will create different Thread Groups in JMeter with different thread count. The different types of Samplers like HTTP requests are added as child of these Thread Group elements to simulate the requests made by users to the server.

The Thread Group element has a control panel(right pane) that can be used to configure the various parameters in a performance test like – number of virtual users to generate, scheduling of the test, introducing of delays in the test, etc.

Now, let’s have a closer look at each of the properties or configurations in a Thread Group control panel.

Configurations inside the “Action to be taken after a Sampler Error” block is used to configure the test for actions performed in case of any sampler error, because of no response from the server or any assertion error-

Configurations inside the “Thread Properties” block-

That’s all we have in this section, please share it with your friends and colleagues. Check out the detailed JMeter tutorial here.