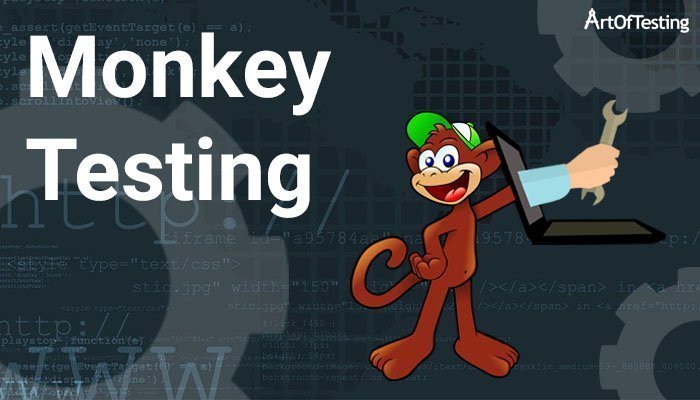 Hello friends! today we are going to learn about an interesting testing type – Monkey testing. It is also one of the basic testing interview questions.

Before diving deep into formal definition and technicalities. Let’s just think – what would happen if a monkey is given a machine with an application to test.

The monkey will just pass random input to the application. This precisely happens in monkey testing. The application is tested randomly without any application knowledge.

Monkey testing is a type of testing in which an application is tested with random input without following any predefined flow or set of test cases. The intent is to crash or break the system under test.

It is broadly classified into 3 types-

To perform any kind of automated testing using appropriate tools is a must. This is why developers or testers choose the tools wisely. Following are some of the softwares that are helpful during monkey testing.

This application is suitable to run on the device or the emulator. It automatically runs a stream of auto-generated tests like touches, clicks, or gestures. This helps immensely in testing the device from the inside. As it is automated, stress testing can be done easily.

Unlike Exerciser monkey, the Monkey runner tool is useful for running test cases from the outside of the android code. The function of the money runner is not specific, yet it is usually used to test the device at the functional or framework level. It is also used to run test cases during unit testing. One thing to be kept in mind is monkey runner is in no way related to the exerciser monkey tool as that runs from within the device.

Monkey testing and gorilla testing both follow unstructured and random methods of testing. However, gorilla testing focuses on a specific module of the software whereas, monkey test cases involve inputs for the system as a whole.