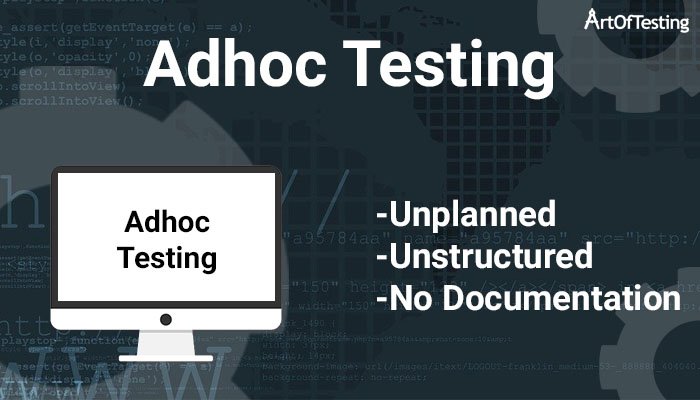 Hello friends! in this post, we will be learning about – adhoc testing. As the name suggests it is an informal and unstructured way of testing any application. The main aim of Adhoc testing is to uncover the defects which are otherwise not found by following the normal testing process.

Adhoc testing is a type of testing which is performed without any planning and documentation. It is unstructured, unplanned, and informal testing.

We perform this after following the formal testing processes. In order to break the system and find the defect which might not get caught by following the usual testing approach.

That’s all I have in this post. Feel free to ask any questions in the comments. Check out the complete software testing tutorial here.