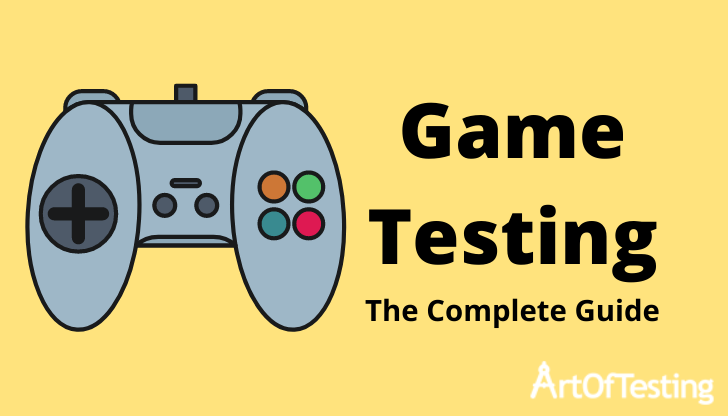 Due to the popularity of attractive video games and the availability of technical advancements, organizations come up with new games every year. The video game industry is a billion-dollar market with global revenue likely to be more than 138 billion by 2021.

Every year thousands of video games are released in the market and most of them fail due to stiff competition. In order to be successful in such a market, organizations need to focus not only on the development process but also on the testing process. Game testing is the process focused on testing the game and finding bugs in it.

Game testers can be individuals who do not have a professional degree while software testers need to have a bachelor’s or master’s degree and based on the domain of the projects, they are required to have in-depth domain knowledge.

In both the testing processes, from testers, dedication, analytical and logical skills are required.

In this first phase, as the name suggests, the idea or concept of the game is developed. A concept document is prepared in this phase that details the concept. This becomes helpful to the programmers, artists, and other team members in understanding the idea behind the game development process.

Here, on the basis of the prototype built in the previous phase, programmers start coding the game. Artists start working on modeling, textures, and animation.

In this phase, a workable product with all the features and complete gameplay is developed but it also uses temporary assets and placeholders. This is the first milestone in the development process.

In this milestone, the game is completely developed with all assets.

In this phase, all the bugs found in the beta phase are solved the game is basically ready to be released.

In this phase, the game is released to the manufacturer.

Once the game is released, the next step is maintenance. Here, whenever required, the team will release a patch to solve the bugs. Also, upgrades are also released if any new features are added to the game.

Before going into the game testing life cycle, first, we need to understand the various levels of testing in any game development life cycle. Based on the development phases discussed in the above section, the following is the basic structure of game testing:

Like any other project, in gaming projects also the testing begins as soon as the project begins.
In this step, the software test plan document is created. This document typically includes test coverage, various methods to be used for testing, and test responsibilities. Some of the major sections of this document are as follows-

Other important tasks in this phase include finalizing the bug tracking tool, assigning tasks to testing team members, etc.

Two more deliverables of this phase are the test case and test suite. A test case is an individual test designed to check a certain feature or a sub-feature. It has a list of steps that need to be followed in order to complete the execution of the test case.

A test suite is a combination of related test cases of a particular feature or a sub-feature.

The second part i.e. kick-off meeting is conducted by the test expert. It has the following sub-activities-

This process helps the tester in improving his test execution, test understanding, and test quality. Kickoff forms collected from various kickoff meetings can also be used in the next meetings and executions.

The deliverable of the alpha development phase, as discussed in the development life cycle, is a working game without some temporary assets. Here, modules developed by different programmers are integrated and then tested a whole system.

The main goals of this phase are to test the game end-to-end by covering all the features at least once. Also, to make sure complete playthrough of the game, to identify critical bugs, to establish performance baselines (examples are load times, frame rate).

The final deliverable of the alpha testing phase is to develop a stable game that has all the features.

The beta development phase has a complete product with all the assets in place along with the final user interface, game logic, AI, artwork, and audio. The main goals of this phase are testing multiplayer gameplay, loading bugs, sound, and visual bugs networking bugs, performance baselines (e.g. frame rate).

Beta testing has two varieties as discussed below-

Once beta testing is finished, the game is ‘code freeze’ or ‘code lock’. In the gold development phase, the release guidelines are as below:

Here, the team should perform as many test suites a possible one last time before sending it to the platform manufacturer. The manufacturer runs its own tests and finds the bugs. Once these bugs are solved, the game gets the ‘Gold’ status.

A typical game testing life cycle has the following six steps. These steps should be followed at every testing level (discussed above) and for every build-

This whole cycle is repeated until the team is satisfied with the product. It is important to keep track of all the solved and pending bugs.

Game testing is a process that does not demand any professional degree from the testers, but it is important to have certain qualities like in-depth knowledge of the video games, analytical skills, logical skills, dedication, patience, ability to work under pressure, etc. The whole testing process is spread across almost all the phases of the development cycle and it has many levels and steps. It is crucial that the testers focus on each level and step during the testing to make the game a success in the market.