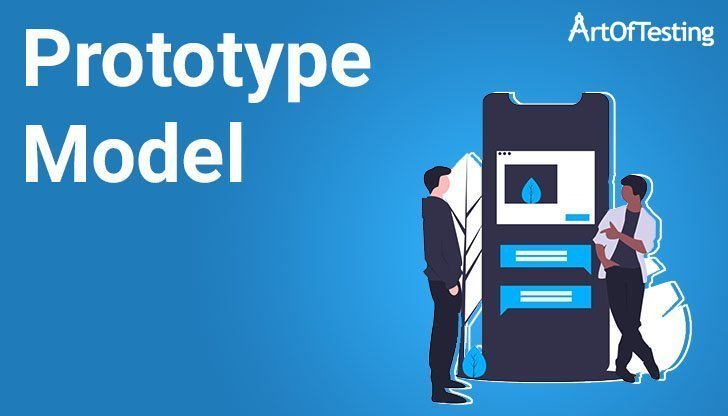 In this tutorial, we are going to study a very common SDLC model – the Prototype Model. So, let’s begin.

In software development, sometimes the clients are vague about what they want. They have a basic idea about the product they wish to develop. But not the detailed requirements or detailed functionalities of the product. In such scenarios, clients opt for the prototype of the product.

A prototype is a model or sample of a product made for the client’s evaluation and feedback regarding the desired finishing product. After studying the prototype, the client can decide on the features they need in the desired product.

This methodology or SDLC model is called Software Prototype Model.

What is Prototype Model?

The Prototype model is one of the software development life cycle models in which a prototype is built with minimal requirements. This prototype is then tested and modified based on the feedback received from the client until a final prototype with desired functionalities gets created. This final prototype also acts as a base for the final product.

As mentioned earlier, this model is useful when all the detailed requirements are not known to the client before starting the project. It is also useful when the product to be developed is a complex one and similar product does not exist in the market.

The client can also use the prototype to do market research and gather end-user or customer feedback.

Developers can then start working on the modifications to the basic prototype. This cycle will be repeated until the client is satisfied with the prototype which reflects the final product.

The following are the primary phases involved in the development cycle of any prototype model.

Developers can choose from available prototype model types based on the product’s requirements that have been covered in this section. Let’s look at them.

Apart from appealing advantages, the prototype model has many disadvantages that are listed below-

The prototype model is a trial and error method which has its advantages and disadvantages. It is particularly useful when the client does not have clarity on what all features, they need in the product.