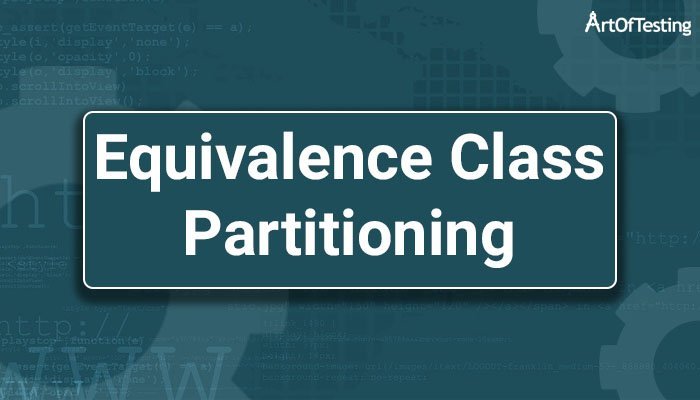 While testing any kind of application, it is nearly impossible or really very time-consuming to test all the sets of input combinations. So, in order to efficiently test an application, we use software testing techniques like – equivalence class partitioning.

Using this technique, we can test software applications effectively with a limited set of test data. So, let’s check this technique in detail now.

What is Equivalence Class Partitioning?

All the data items lying in an equivalence class are assumed to be processed in the same way by the software application to be tested when passed as input.

So, instead of testing all the combinations of input test data, we can pick and pass any of the test data from a particular equivalence class to the application and assume that the application will behave in the same way for the other test data of that class. Let’s understand this with the help of an example.

With this, we have come to the end of our tutorial on equivalence class partitioning. If you have any questions, please ask in the comment section. Also, check out our complete software testing tutorial series below.