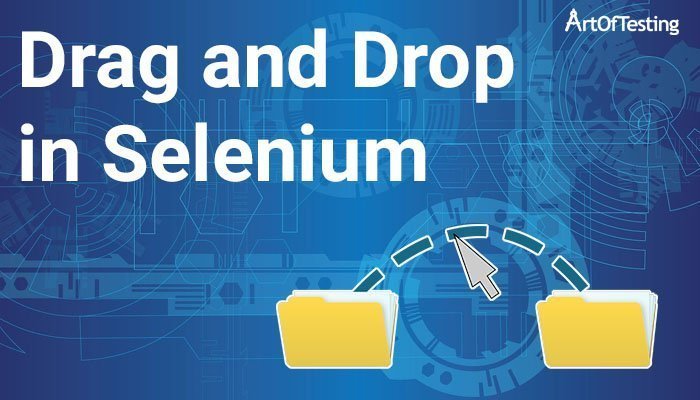 Drag and Drop is one of the common scenarios in automation. In this tutorial, we are going to study the handling of drag and drop events in Selenium WebDriver using the Actions class. For practice, you can check the dummy page having a draggable web element.

This is also one of the most common Selenium interview questions. So, even if you don’t normally encounter the requirement of automating drag and drop action still it is worth learning about it.

For performing complex user gestures like drag and drop, we have a Actions class in Selenium WebDriver. Using the Actions class, we first build a sequence of composite events and then perform it using Action (an interface which represents a single user-interaction). The different methods of Actions class we will be using here are-

Below is the code snippet for performing drag and drop operation-

Write to us if you have any queries and share your views. Also please share this post with your friends and don’t forget to check our complete selenium tutorial.