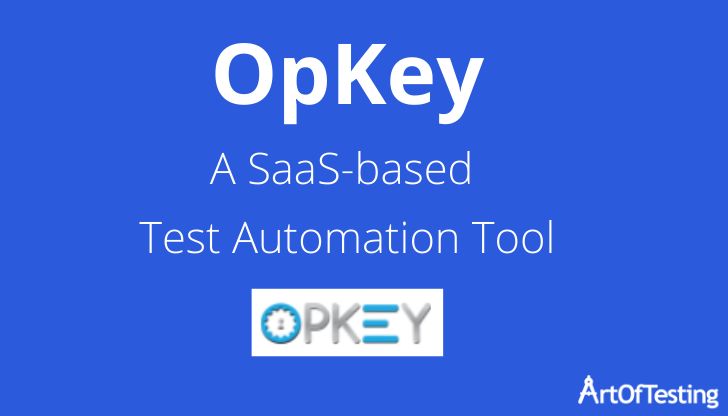 With the coming of new-age technologies, automation testing has also taken a better and superior form with the upcoming platforms.

While there are numerous testing platforms in the market, we are here today going to discuss the latest SaaS (Software as a service) based automation platform – Opkey.

Opkey is a 5th gen automation platform that is used by the test engineers to create automation test scripts using its unique keyword-driven approach.

It is a complete test automation platform for web applications. As well as you can automate all kinds of applications (Web, Desktop, Mobile) by using OpKey. Besides, it allows you to automate popular CRM applications (Salesforce, Workday, TrackWise, OracleEBs, etc.)

Before jumping to the working of the platform let us start with the basics.

First things first, is there any specific system requirement to work with OpKey?

Although OpKey is a web application and supports a number of web browsers, you don’t need to configure several settings on your local machine but the prerequisite is JDK (version 8 or above) which must be installed on your machine to run web applications. Also, you need OpKey Execution Agent & OpKey Smart Recorder installed on your machine for execution and recording through OpKey.

With OpKey’s interactive and self-descriptive interface even a new user can easily interact with UI contents. After the successful creation of your OpKey Web account, the user needs to login to his/her registered OpKey Domain (Server URL) and select the project upon which you want to start working.

Check this video to watch, how to get started with the application.

Conclusion: With the emergence of test automation, testing of web applications has become hassle-free. Such platforms give the testers the freedom to script in different languages. And with the OpKey testing platform, the language barrier is also eradicated.