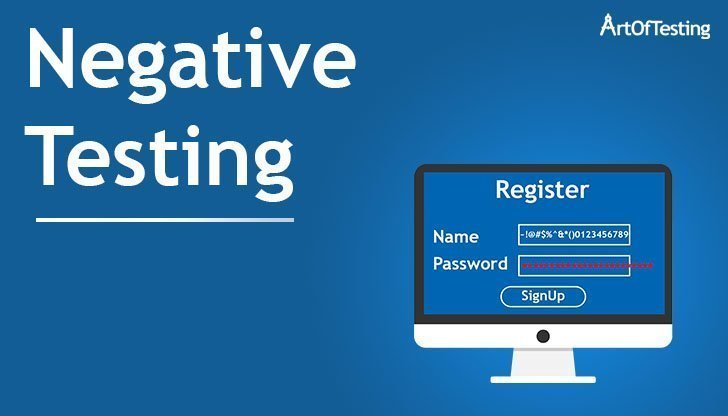 In software testing, the following are the main testing strategies-

In this tutorial, we will focus on “Negative Testing”.

What is Negative Testing?

Negative testing is a type of testing in which a tester intentionally enters invalid data in the system to check the robustness of the application.

When the wrong input is fed to the system, it should show an error message and handle such invalid values gracefully.

Negative testing can be done using both manual and automation testing. It is also useful while doing security checks of the system. A malicious user deliberately tries to hack the system and exploit vulnerabilities by passing some scripts or commands in the text fields. A thoroughly negative tested application can help in minimizing the risk for the same.

Some Examples of Negative Testing

This section lists some scenarios of negative test cases-

Negative testing is useful in making the system more robust and accurate. It helps the testing team in covering all the possible scenarios which can affect the functioning of the system negatively.

Negative testing has its own disadvantages too. Apart from being a time-consuming exercise, it also increases workload as it needs extra thinking when it comes to test case creation. But if the application needs to be completely error-free, negative testing is equally important as positive testing.