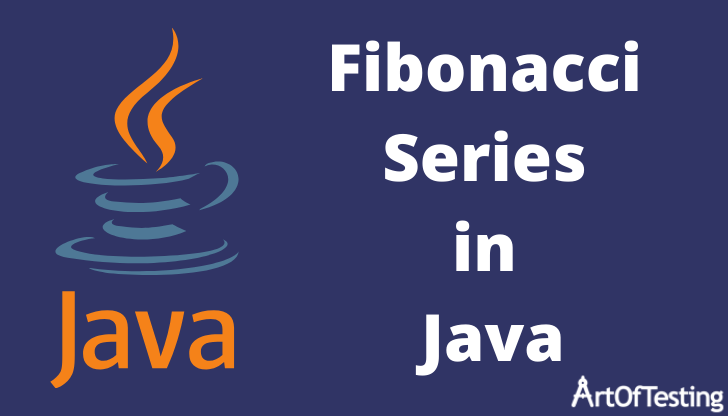 Printing a Fibonacci series in Java is one of the most basic java interview questions, usually, asked in entry-level interviews. In this tutorial, we will study some effective ways to approach this problem in Java.

If you are new to this concept, let me first explain what the Fibonacci series is, before proceeding to the algorithms and the code.

There are multiple ways to achieve the output. Let us discuss each one of them one by one.

In Java, iteration is a process used to continuously go through a code block until a given condition is met. The iterative method is one of the most common methods to solve such problems. Here we are using the ‘for’ loop, you can use the ‘while’ or ‘do-while’ loop, as per your convenience.

The dictionary meaning of recursion is “the repeated application of a recursive procedure or definition.” In Java, if a function calls itself multiple times as a subroutine(methods), such an approach is called a recursive method.

It is important to know a recursive approach to a problem as it breaks down a code into small repetitive blocks. Thus making it easier to understand by making the code look less complicated.