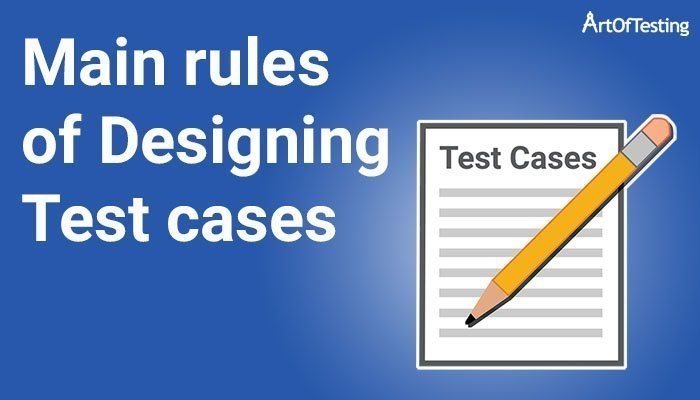 Designing test scripts or, in other ways, test cases today is a quite popular thing because such tool is necessary for providing complete quality of the developed project. For example, test scripts are used as one of the important forms of creating information database on quality of a product as a result of performed work of finding bugs and flaws. Besides that, designing of test cases is a necessary work on any stage of web product development, regardless of its final format or complexity. In other words, work with test cases is performed both in the process of work with a corporate landing page and in the process of creating multi-page Internet store.

But there is another case when test scripts are not designed or are not permanently. This is despite the fact that we have a good QA department but such documentation is not written. In the worse case, the test cases are designed only nominally, in order to pull the wool over the eyes of a client or directors of a company.
But still, regardless the amount of work done by a company, work with test scripts is obligatory in the professional training of any tester.
Next, we will overview the main rules of designing and using such technical documentation.

The Strategy of Writing a Classical Tests Case

Generally, testing any software component requires performing a whole complex of various actions which consist of particular actions which are always performed during development and testing of any project. Hence, any testing includes setting requirements, engineering and designing test cases. And in future – conducting project analysis on the basis of determined requirements.

In fact, any test case should be designed according to the previously determined template which is used by a team during checking all results. Right in such a way, we can hugely simplify the process of work of product development.
So, a classical test case should have the following structure:

Mentioned items is an obligatory minimum, which you must follow during the work with test scripts. But in some cases, it will be better to widen a set of analyzed components. For example, a test case may include such points as “depth” of script coverage, testing priority, including a case in automated tests, Id of a found bug (error), etc.
A good example of such logic is:

According to the expected result, all test scripts are divided into negative and positive:

A Classical Structure of a Test Case

In the net, you can find numerous possible variations which differ from each other by approaches used. But still, we can define a particular “skeleton”.

Designing scripts is a very complex process which needs a complete concentration and attention to details. It’s not enough to just understand a project and easily write something or type something on a keypad. The whole process is important in itself.
It usually consists of:

In fact, we can design numerous test scripts which can’t be executed by a tester or which can help to find trivial problems and flaws. Only the right one will allow to completely decrease the number of tests which should be performed in order to find serious problems in a product. It’s the most important moment in designing test cases.

To conclude, we will tell about some useful advice:

Inna Vasylenko has about 4+ years of experience in creating test cases, test scenarios and preparing test data. Her primary expertise is the development of software testing documentation in Testmatick – https://testmatick.com/ company.